Venue:
After purchasing your ticket, you will be provided with login details and access to the digital concert on our website. You can revisit and rewatch whenever and however many times you like until the digital festival is taken off our site at the end of 2021.

Tickets:
Name your price – we suggest a minimum donation of £10/person watching, but any extra will help us enormously as we plan with confidence and creativity for our 2022 Festival, including our work in the community with local schools and care homes. We are also all too aware that the past year has been difficult for many of us, so we understand if you are unable to spare much or anything right now. 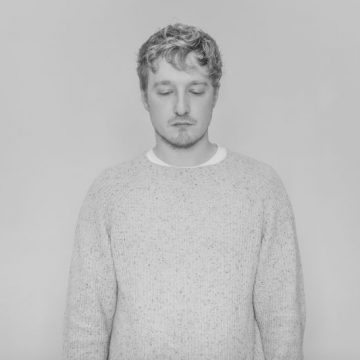 Daniel Pioro is a soloist, collaborative artist, and advocate for new and experimental music.

After making his debut at the BBC Proms in 2019, where his performance was described as “the most inventive and engaging” by The Daily Telegraph, Daniel continues to grow his international career. The 2019/20 season sees him give the world premiere of Tom Coult’s first violin concerto with the BBC Philharmonic Orchestra and Ilan Volkov, and make his debut at the Barbican Centre performing a special arrangement of Vaughan Williams’ The Lark Ascending for violin, cello, viola da gamba and organ as part of their Contemporary Music series. Together with the Icelandic composer and producer Valgeir Sigurðsson, Daniel gives multiple electro-acoustic performances throughout the season, including his North American debut at the Big Ears Festival in 2020.

Daniel Pioro actively promotes new music and is interested in finding new ways of listening to and creating sound, as

“Physical movement, the written and spoken word, colour, sound in all its many forms… they feed into one another and become greater for it.” — Daniel Pioro

In 2015 Edmund Finnis wrote Elsewhere for Pioro, which was premiered at Southbank Centre’s first DEEP∞MINIMALISM Festival. The piece is featured on Pioro’s debut album Dust along with Valgeir Sigurðsson’s three-part work of the same name written in collaboration with Daniel and released in March 2019 on the Bedroom Community label.

Daniel’s celebrated association with the composer and guitarist Jonny Greenwood led Greenwood to write and dedicate a new violin concerto Horror Vacui for Pioro, which was praised by the BBC as “the ultimate display of musical virtuosity”. Daniel premiered the piece to much acclaim at the BBC Proms in 2019 with the BBC National

Orchestra of Wales conducted by Hugh Brunt. In September 2019, Daniel’s recording of Bach’s Partita No. 2 was the first release on Greenwood’s label, Octatonic Records.

“Daniel Pioro’s playing is the sound in my head when I write for the violin.” — Jonny Greenwood

Other recent highlights have included Thomas Adès’ Violin Concerto Concentric Paths and Colin Matthews’ Violin Concerto with the BBC Philharmonic Orchestra, and Vaughan Williams’ The Lark Ascending with the BBC National Orchestra of Wales at the Cheltenham Festival. Daniel has also performed Mozart’s Sinfonia Concertante and John Woolrich’s Capriccio for solo violin and strings with the Orchestra of St John’s Smith Square, and Jonny Greenwood’s Triple Concerto and Schnittke’s Concerto Grosso No 1 with the London Contemporary Orchestra.

Pioro works closely with the acclaimed author Michael Morpurgo – a collaboration that has borne The Storyteller’s Ensemble, a group of musicians devoted to the written and spoken word – as well as working on cross-genre collaborations with artists such as Canadian audio-visual artists Janet Cardiff and George Bures Miller. These cross-genre collaborations support Pioro’s passion for finding new ways of listening to and creating sound, and allow him to bring new qualities to his core classical repertoire. 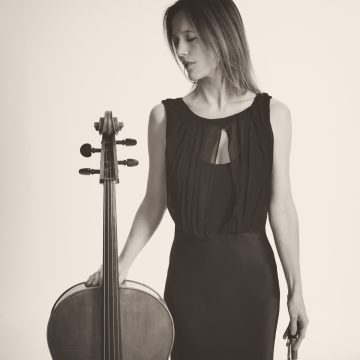 A passionate performer, arranger, writer and curator, Clare O’Connell has over 20 years experience as a cellist specialising in contemporary chamber music. She is a member of visionary ensemble Lontano, the 12-piece cross genre ensemble of multi instrumentalists Propellor and the Storytellers Ensemble; she has a duo partnership with internationally acclaimed harpist Eleanor Turner; and is a regular collaborator with many other chamber music & chamber opera projects.

She founded and curates Behind The Mirror: her own series of intimate chamber music concerts in Berkhamsted, for which she has commissioned many new works from composers such as Alex Mills, Leonardo Margutti, Luke Bedford, David Bruce, Freya Waley Cohen and Rubens Askenar, experimenting with varying instrumental line-ups, making her own arrangements of a vast array of music  for unusual groups of instruments, and interweaving music poetry and storytelling to add another dimension to the concert experience.

Her arrangements explore the parallels between composers both ancient and modern, allowing the music to speak on its own terms unfettered by historical context. The often seemingly disparate groups of instruments used always afford a uniquely rich sonic experience. They have been performed in Westminster Abbey, the Wigmore Hall  and on BBC radio 3.

During the past year she wrote, arranged, recorded and produced her debut solo album The Isolated Cellist released by Stone Records in April 2021, a deeply personal collection of ancient & modern music for solo and layered cello gathered to perform to her local community during the coronavirus crisis in summer 2000.

She is a graduate of Wadham College, Oxford where she studied Ancient & Modern History followed by postgraduate study at the Royal College of Music & the Hochshule für Künste in Bremen, Germany with internationally acclaimed cellist and teacher Alexander Baillie. She plays on a cello by Stefan Krattenmacher.